ZIONISMUS: The German Roots of Zionism 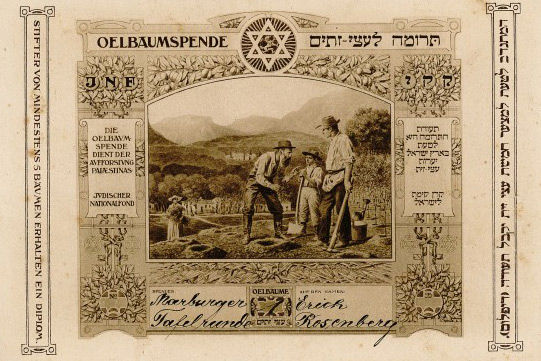 The dream of refuge from antisemitism, freedom from the arbitrary dictates of despots, and a place for Jewish religion and culture to flourish gained in popularity in the context of 19th-century discrimination against Jews. Yet some of the most potent and enduring expressions of the Zionist vision emanated from assimilated Jews in cities like Vienna and Berlin, where Jews enjoyed unprecedented rights and prosperity in this period.

Diverse and contested dreams of a Jewish homeland took shape in German-speaking Jewish communities across Central Europe whose allegiance to Kaiser and fatherland was often as strong as their attachment to Judaism. The organizational and financial capacity of the early Zionist movement was rooted in German lands, and German was the lingua franca for a global conversation about the future of the Jewish people.

World War I transformed the political landscape of Europe and the course of the Zionist movement. The new political constellation, the fall of the Ottoman Empire, and the Balfour Declaration of1917 brought an end to the dominant role of German-speaking Zionist leaders. The leadership shifted mainly to East European leaders such as Chaim Weizmann, a British citizen of Russian origin.

Zionism took on a new importance for Central European Jewry in the following decades, when the rise of the Nazi party encouraged many to consider emigration to Palestine. This exhibition calls on books, periodicals, correspondence, and photographs from the collections of Leo Baeck Institute to trace the transformation of Zionism from a utopian dream to matter of survival for German-speaking Jews.