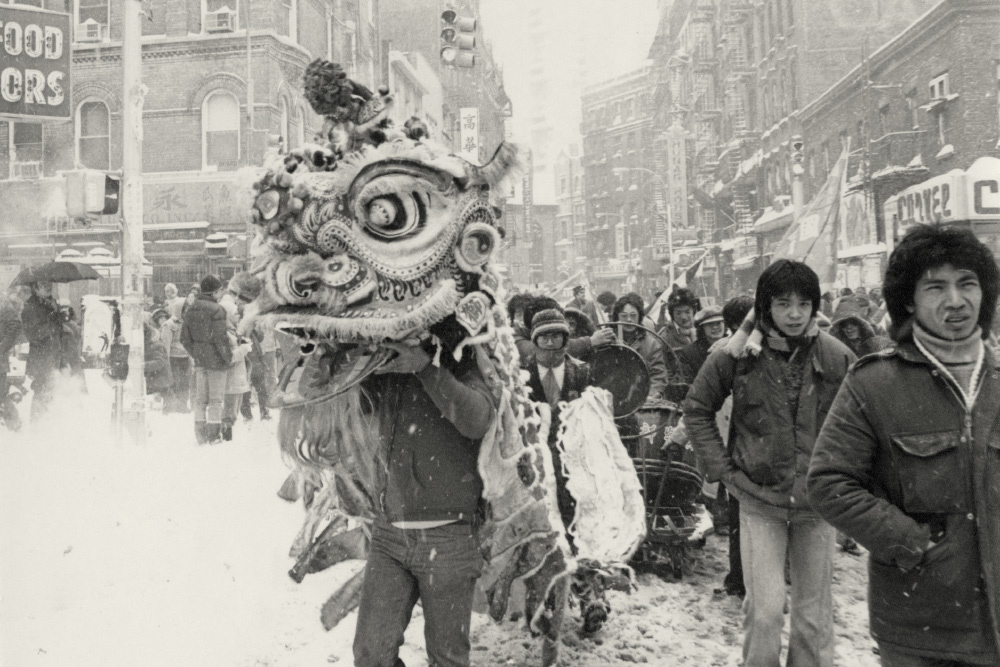 Born in New York to Eastern European Jewish immigrants, Bocian was a self-proclaimed “expert on Chinatown.” Over his long residency and photojournalistic career, Bocian and his camera became familiar fixtures on the streets of Manhattan's Chinatown, where he photographed protests, celebrations, and crime scenes, as well as storefronts and streetscapes that provide a glimpse into a vanishing New York.

During his time in Chinatown, Bocian befriended Chinese-American actress Mae Wong. She would rescue over 120,000 photographs, negatives, and contact sheets from his apartment after his death in 1990, donating them to the Museum of Chinese in America (MOCA) in the mid-1990s.

The accompanying online exhibit can be seen at exhibits.cjh.org/bocian.